Hit enter to search or ESC to close
May 15, 2018 Coral Gables News, Merrick Manor in the News 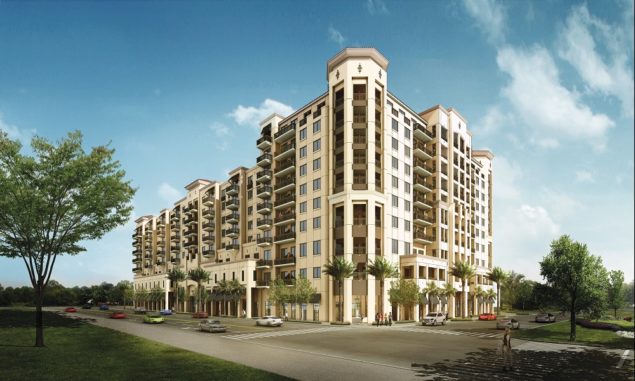 The Village of Merrick Park is undergoing a transformation into a self-contained, 24-hour destination within the “City Beautiful.”

Fueled by the increasing popularity of the Shops at Merrick Park — now a regional destination — and new residential and commercial development, the neighborhood is quickly becoming a place where people can live, work, shop and dine without having to get into their cars.

It took some time for the Shops to identify the right tenant mix. Adding the Landmark Theatre to strong anchors like Neiman Marcus and Nordstrom certainly helped. And the Shops are now known for luxury thanks to brands like Burberry, Diane von Furstenberg and Lilly Pulitzer.

Several new stores recently were announced or opened, including high-end sportswear retailer Harmont & Blaine, luxury travel goods store L’Voyage and restaurant Sea Grill unveiling plans to open a second Miami location on the west side of the mall. Chicago-based consignment store Luxury Garage Sale choosing the Shops for a pop-up store in April can be considered another strong endorsement of the mall’s broad appeal.

The Shops has undoubtedly been a catalyst, along with the proximity to the University of Miami and such popular golf courses as Biltmore Golf Course, Granada Golf Club and Riviera Country Club, for residential demand in the neighborhood. These factors are often cited by buyers at Merrick Manor, the 10-story, 227-residence luxury project that is close to completion across the street from the mall.

From Northeasterners looking for permanent homes to take advantage of the local tax situation to empty-nesters downsizing from a large single-family home, Merrick Manor buyers are drawn to the vibrant lifestyle and pedestrian-friendly nature of Merrick Park with easy access to shopping, dining and entertainment.

Merrick Manor also includes nearly 20,000 square feet of ground-floor retail and restaurant space that will complement the existing retail mix. We are seeing interest from local coffee shops, cafés and traditional barber and shave shops, which are making a comeback in South Florida. Like Sea Grill, local restaurateurs are looking for opportunities to add Coral Gables to their roster of locations.

Some much-needed office space could be coming to a site directly across from the Shops. Reported plans for the 4311 Ponce de Leon Blvd. property include as much as 50,000 square feet of office space. It is hard to imagine a better amenity for employees than a world-class open-air mall with numerous restaurants across the street.

The old adage in real estate is that retail follows rooftops. Merrick Park is taking the opposite approach, but the end result is shaping up to be a live/work/play neighborhood with widespread appeal. 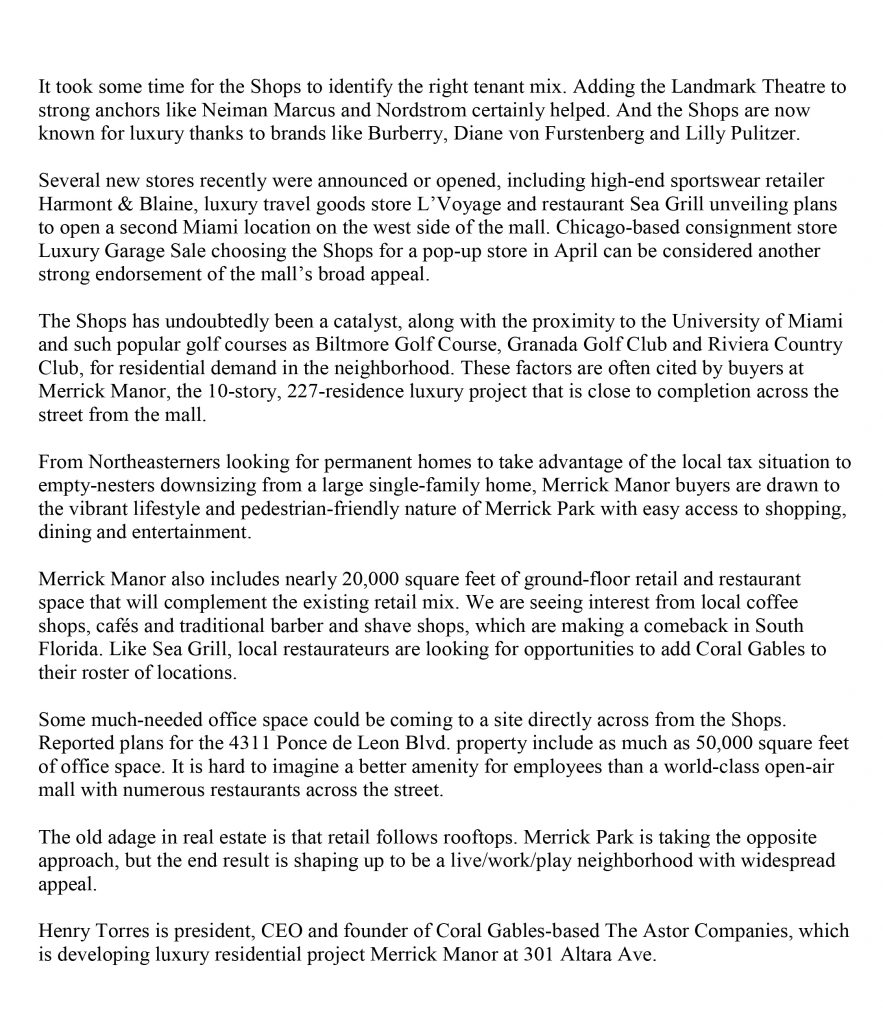