UM To Get Recycling Bins Through Grant From Coca-Cola, Partners 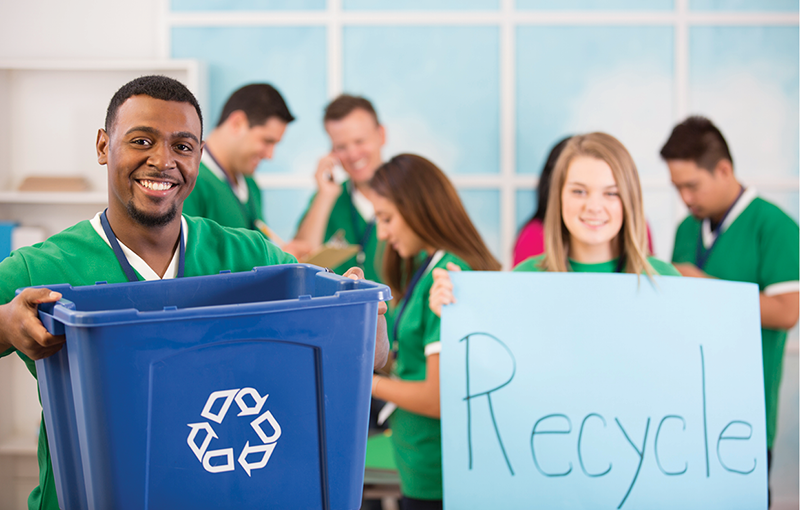 The Coca-Cola Company, with the help of national nonprofit Keep America Beautiful and other partners in communities across the country, reached a milestone this year. The Company and its partners achieved the 1 million mark for recycling bins donated to communities.

As part of the 2017 Coca-Cola/Keep America Beautiful Public Space Recycling Bin grant cycle, 3,250 bins are currently being distributed, including 20 bins to the University of Miami.

“Coca-Cola has a long history of supporting community recycling programs in an effort to ensure that our packaging is recycled and reused,” said Bruce Karas, vice president of sustainability for Coca-Cola North America. “Through partnerships like Keep America Beautiful, we are able to improve access to recycling while also continuing to make progress towards our global goal of collecting and recycling a bottle or can for every one we sell.”

Students and visitors to the “U” can expect to see new blue recycling bins on the Whitten University Center patio and the Rock Plaza during special events, when additional recycling containers are needed. The bins, which have a restrictive opening, are designed specifically for cans and bottles and are expected to control recycling contamination. This grant represents another step in UM’s commitment to waste reduction, which involves everything from single-stream recycling to paper reduction and reuse initiatives.

“Coca-Cola is a great partner of UM’s, and the foundation has been working with Keep America Beautiful for decades in fulfilling their mission, to inspire and educate,” said Teddy Lhoutellier, sustainability manager for the university.

The Coca-Cola/Keep America Beautiful Public Space Recycling Bin Grant Program supports Coca-Cola’s newly announced “World without Waste” initiative, which aims to collect and recycle a bottle or can for each one the company sells by 2030.