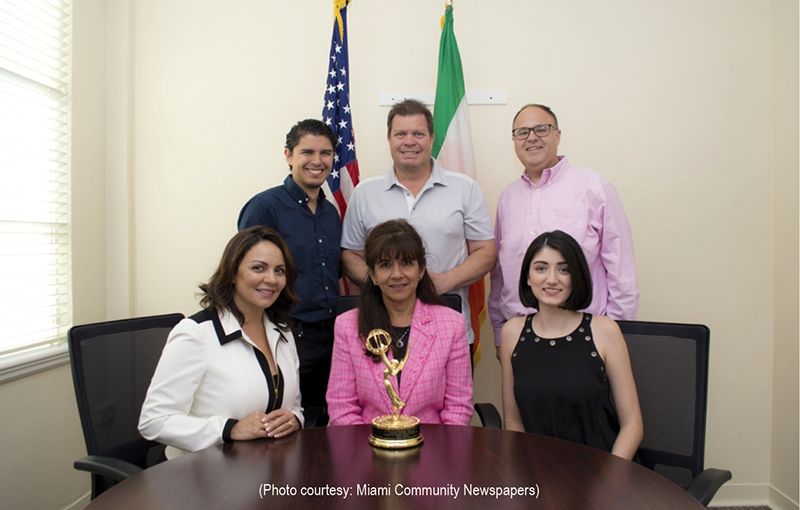 The award was presented to CGTV reporter and producer Daiana Rocha at the 41st annual regional Emmy Awards on Dec. 2 in Orlando for the original production of “Embracing Autism: A Coral Gables Story.”

There were 27 entries in the Societal Concerns category, and CGTV was one of nine winners in this award category. This is the first Emmy received by the City of Coral Gables. CGTV was nominated for an Emmy in two previous occasions.

“The fact that our own CGTV won an Emmy about this important issue raises awareness not only about autism but about the city’s sincere commitment to creating an inclusive community,” said Cathy Swanson-Rivenbark, city manager.

“We are so proud of our first Emmy win, which is dedicated to the entire team of reporters, editors and producers who work so diligently to produce top quality television productions for our Coral Gables viewing audience,” said Maria Rosa Higgins Fallon, public affairs manager.